Buy tea at Perch, Copenhagen just like your great great grandmother did in the last century 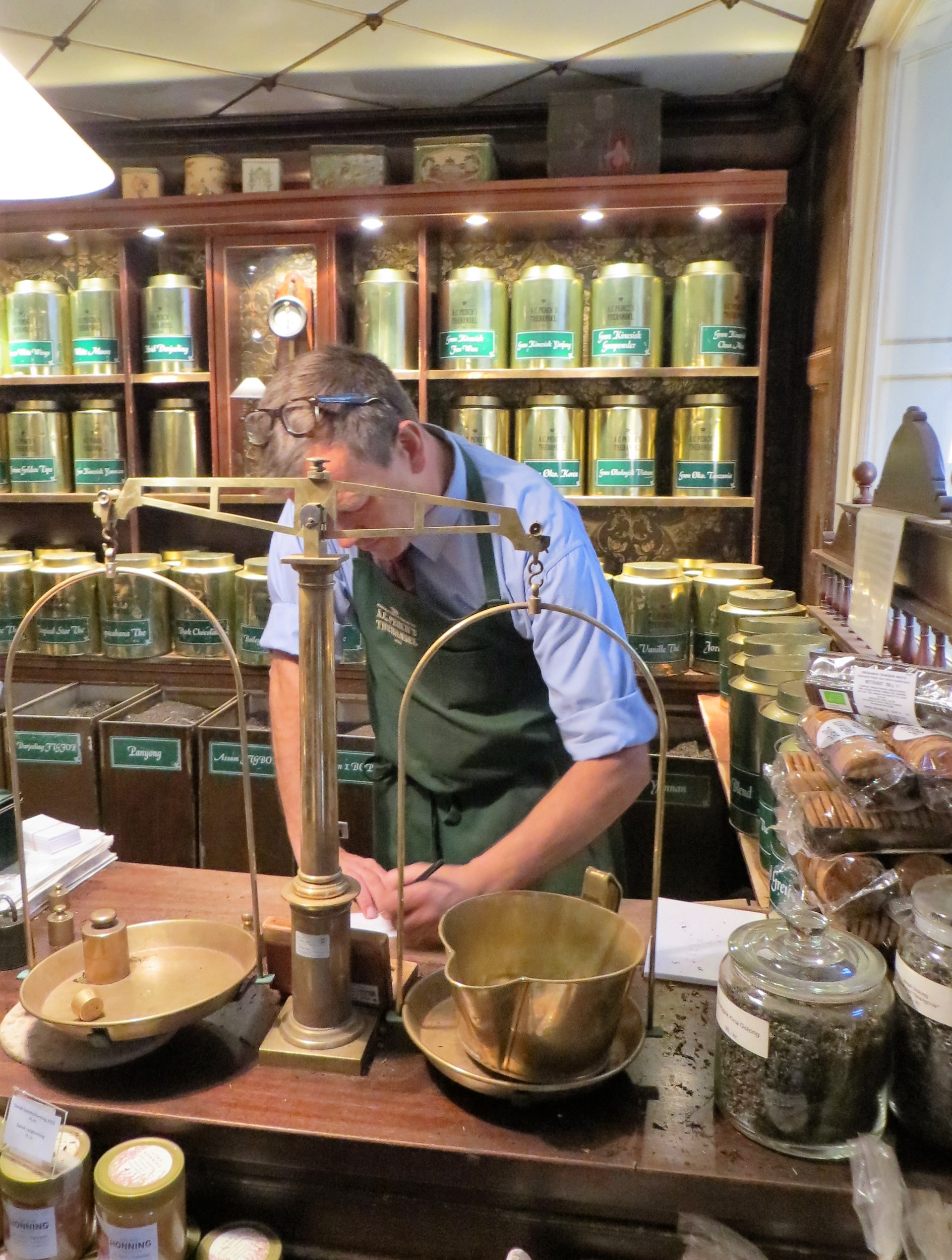 If you are in Copenhagen go for a visit to ‘A.C. Perch’s Thehandel’ located in central Copenhagen close to ‘Strøget’.

It’s so funny to shop there. It’s a bit like travelling in time. ‘A.C. Perch’s Thehandel’ I guarantee you, will be bringing you approximately 180 years back in time.

Everything looks just like April 1835, when the salesman Niels Brock Perch opened his small tea shop in Kronprinsensgade, Copenhagen.

The charming antique weights with big lodges, the mahogany disks, the ceiling and all the interior are exactly like it was in the last century.

So you are pretty close at opening ‘the wormhole’ and getting a glimpse of the 19th century merchant when visiting ‘A.C. Perch’s Thehandel’. The only thing new in the little tea shop is the electric light, and the staff being replaced ????

Another charm of ‘A.C. Perch’s Thehandel’ is the old-fashioned form of adressing people using the danish word “De”. It may seem strange to most people, but I think it is perfect regarding the whole set-up.

What is beneath the initials A.C.? 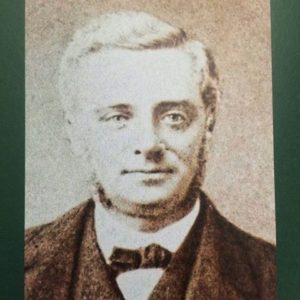 The Perch family had the teashop until 1882. Axel Christian never found a wife and remained unmarried. Without children, no heirs.

And then to the candy

– Can I help you? the coat dressed man in his fourties asks.

The coats at ‘A.C. Perch’s thehandel’ are dark green and I think they are sending a signal of credibility and a kind of humility being the eldest tea supplier in Denmark.

Sometimes three generations of the Hincheldey family are selling at the same time in the little tea shop.

Every time I have visited the little tea shop it has been stuffed with people. Also this time. The queue continues several meters out of the tea shop and down the streeet. 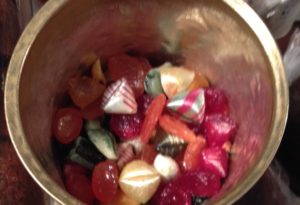 – How about a little candy?