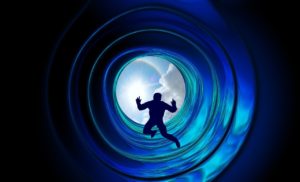 The year is 2077 AD. Where did all the years go? Now you are suddenly 90 years old sitting in a nursing home. You have plenty of time to reflect upon your life.

This is roughly how most of us end up. Did we do what we thought important/right? Or only what other people thought was important? Did we avoid tough decisions?

I have spent many years of my life being in a workplace totally draining me of energy. Last week I stumbled upon this eternally relevant/current list. The list of five things dying people wish they had done differently in their lives.

These five things are:

1) Courage to live a life true to themselves

3) Courage to express their feelings

The list is developed by Nurse Bronnie Ware. It all started with a blog post in 2009 that became an internet sensation. This inspired her to write a book called ‘The Top Five Regrets of the Dying’.

I find the list to be a good reminder to stay in the present, not just letting the days pass away.

In my own case, I can say this much that I stayed in a workplace for too many years, which basically did nothing for me. What it did ‘give’ me was plenty of pestering hours, an eternal effort to get my flex time to fit and endless speculation about how I could escape and what I then had to do for a living…

Being in a wrong place (whether it is in a relationship, a workplace or something else that does not feel right) gives rise to anxiety, self-hatred and ennui. I have been there myself; it felt almost like life was a punishment or some kind of test. All because I forced myself to go to work, every day for over 25 years in a workplace that felt like a prison.

One of my colleagues said to me:

– Then go find something else…

Which is a very easy thing to say. I have always been in doubt about what I really wanted to do and I have never enjoyed the structured way of living that follows with a 37-hour business week. The issues I have would probably follow me around anyway.

Of course, these are only my personal problems, but maybe the workplace as well as the general development in our society, demands that people adjust themselves to fit society instead of the other way around. Society must be adjusted to fit the people and all the different individuals that we are.

The five most important things

Nurse and blogger Bronnie Ware wrote the following on her blog in 2009:

‘I was with them for the last three to twelve weeks of their lives. Each experienced a variety of emotions, as expected, denial, fear, anger, remorse, more denial and eventually acceptance. When questioned about any regrets they had or anything they would do differently, common themes surfaced again and again’.

1. I wish I’d had the courage to live a life true to myself, not the life others expected of me.

This was the most common regret of all. When people realise that their life is almost over and look back clearly on it, it is easy to see how many dreams have gone unfulfilled. Most people had not honoured even a half of their dreams and had to die knowing that it was due to choices they had made, or not made.

This came from every male patient that I nursed. They missed their children’s youth and their partner’s companionship. Women also spoke of this regret. But as most were from an older generation, many of the female patients had not been breadwinners. All of the men I nursed deeply regretted spending so much of their lives on the treadmill of a work existence.

3. I wish I’d had the courage to express my feelings.

Many people suppressed their feelings in order to keep peace with others. As a result, they settled for a mediocre existence and never became who they were truly capable of becoming.

We cannot control the reactions of others. However, although people may initially react when you change the way you are by speaking honestly, in the end it raises the relationship to a whole new and healthier level.

4. I wish I had stayed in touch with my friends.

Often they would not truly realise the full benefits of old friends until their dying weeks. Many had become so caught up in their own lives that they had let golden friendships slip by over the years.

5. I wish that I had let myself be happier.

This is a surprisingly common one. Many did not realise until the end that happiness is a choice. They had stayed stuck in old patterns and habits. Fear of change had them pretending to others, and to their selves, that they were content. When deep within, they longed to laugh properly and have silliness in their life again.

When you are on your deathbed, what others think of you is a long way from your mind.

So how to live life in a different way?

I myself try to focus on good things and to laugh much more. After all those years in a workplace I did not enjoy, I will spend the rest of my life living in a different way. I will take the list with me and I will be using it actively. It gives me the confidence to try to be the person that I am, and to remind me not to live life a certain way.

But to try and live life ‘the Lili-way’…

Load More... Follow on Instagram
Posted in Life: reflections over a cup of tea, Life: remember your dreams