Two news, a good and a bad! The good: green tea seems anti-cancerous

And the bad: Denmark is still the top scorer regarding cancer cases pr. 100.000 citizens 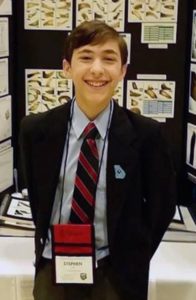 Therefore, I was so happy to finding this amazing article about a 12 year old boy, who has had the pleasure of winning several awards in a major scientific competition. All caused by the two of his family members who unfortunenately were diagnosed with cancer.

12-year-old Stehpen Litt is from Georgia, USA and apparently born with a killer instinct. After the two cancer cases in the family, he systematically began penetrating the internet to find possible causes between cancer and lifestyle.

He quickly learned that cancer causes in Japan are significantly lower compared to western countries.

In an article at the Internet, he also found that the reason for the fewer cancer cases in Japan in all likelihood might be due to all the green tea…

So what is it that green tea does 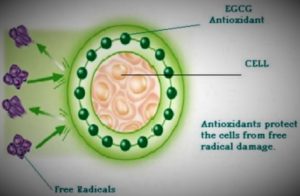 The responsible component in green tea, which is thought to be anti-cancerous and have cancer preventive properties, is the antioxidant:

The picture depicts the antioxidant ‘EGCG’.  The large green circle represents a cell that has an enclosing and protective ring of antioxidants.

Antioxidants ensure that the harmful ‘free radicals’ do not penetrate our cells and harm them.

When I search the Internet, there are no bulletproof studies yet that confirm the EGCG’s impact.

However, there are lots of studies that indicate that the benefits of drinking green tea daily is quite big.

Back to 12-year-old Stephen Litt

Stephen decides to make his own research.

His father are therefore building a laboratory. As the father is a chemist he has the knowhow. 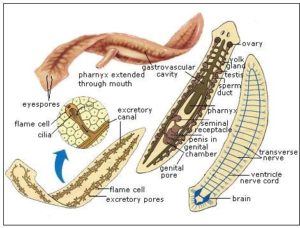 The father and Stephen are then mixing the cancer-causing substances – just like in the movie series ‘Breaking Bad’* –  feeding it to the worms.

The interesting thing is that the group receiving both the poisonous cocktail and the antioxidant ‘EGCG’ did not develop tumors.

The experiment and the result looks promising and are also mentioned on CNN, but of course, much more research has to be done.

In the table from Institute of World Cancer Research Fund International, you will see that Denmark in 2012 had the sad 1st place as the country in the world with most cancer cases per 100,000 citizens. All cancer cases among men and women are included (except non-melanoma skin cancer).

Unfortunately, I have not been able to find any recent data, where all the cancer cases for so many countries are included.

Japan take – despite their stressful lifestyle with hard work and a lot of smoking – almost the last place in the number of cancer cases. One might well wonder, as the Japanese way of life is very similar to the Danish.

One thing, however, separates the Danish and Japanese lifestyle significantly …. and that is:

But haven’t we heard it before,

that the green tea may have anti-cancerous abilities?

I have and I’m wondering that there is so little research being done? Could it be because it is not possible to patent? And without patent no money earnings?

I’m probably not the one to tell, but this is an invitation to doing much more research in the potential of green tea.

Now you have a nice day and, of course, I myself are sitting with a big cup of green tea ♥ 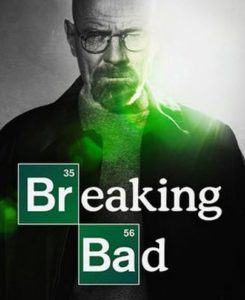